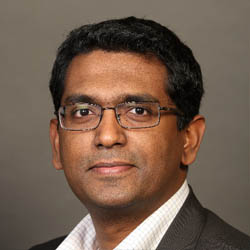 "I was struggling with a few questions, but instead of struggling harder with them, I jumped right over them to the next one (another advice from my trainer that I am grateful for)."
GMAT – 710
MBA
Queens University, Canada

I wanted to get an MBA degree. I specifically wanted an International MBA degree. I knew I wanted to take the GMAT, but had absolutely no idea how to go about it. Some of my friends had taken it earlier, but the experiences had been mixed. Many people whom I thought would breeze through the exam didn't and that got me worried.

I am a software engineer working in Bangalore, in a 'high profile technology services company'. My work schedules were as hectic as they were erratic making planning up for anything more than a day away, nearly impossible. The project I was on was nearing its completion, a full 2 months after its deadline. So, I was under a lot of pressure too. Discipline and planning ahead were never my strength.

How I got there

GMAT required focused preparation, and I wasn't in a position to focus on anything but my work. But I had to take the GMAT this year. So, I started off the research on how to start off preparation for GMAT, by typing "GMAT" into Google. Princeton Review and Kaplan said most of the resources. I came across Kalyan's name in a BB (pagalguy.com) with some very positive feedback. So, I thought I'd check up with him. After the demo class, I was relatively sure, how I wanted to go about my GMAT training. Starting GMAT Demo Exam Score: 580

Just as I started off my training, my project went in from 'Red' to 'Dark Red'. I was working on weekends also. But, I stuck to Kalyan's timings. I attended his sessions 6 hours a week, and worked approximately 1 to 2 hours everyday on the material (on 'most' days). I did not touch Princeton or Kaplan, but stuck to the OGs as per Kalyan's advice.

The Week Before the Exam

I took a week leave before the exam to get into shape. I had not been spending as much time as I would liked to for the preparation. My demo test scores were still a tentative 680, a far cry from the Holy Grail of 700. I worked through the whole week as per Kalyan's instructions. Meanwhile, I was already hearing horror stories of folks, who've got 700s in the GMAT official demos, going into to complete meltdown during the exam. This got me really spooked. I put the exam completely out of my mind on the day before the exam. I mentally prepared myself, to take it lightly. If I screwed up, I'd just write it again. That's all there was to it. (Ok, I'll tell you what really happened. The fact is I got cold feet the day before. I was on the verge of panic, when Kalyan calmed me down. He prepared me to write it again if I screwed up. So, if you can accept the fact that you are going to write this exam again in a month or so if you don't do well, you will be in a much better shape to take the test.)

I was at the center an hour earlier than my schedule and I started my exam half an hour early. The AWA's were a breeze. I had 5 minutes remaining at the end of it. I had a very healthy habit of calculating the correct answer, but marking the wrong one for data sufficiency questions. I was extra careful about this in the Math section. I thought I did my math really well compared to my last tests. But, then never really gave much thought about it (heeding Kalyan's advice). I had close to 5 minutes left at the end. Verbal felt much tougher than my earlier tests. I was struggling with a few questions, but instead of struggling harder with them, I jumped right over them to the next one (another advice from my trainer that I am grateful for). The verbal turned out to be a bit of a squeeze in the end. My verbal hadn't gone as well as I'd wanted it to.

The final scores were a bit of a surprise. 39 in Verbal and 46 in Math. I had received the highest verbal score I'd ever received on any of my demo tests. At the same time, the section I'd done well, turned out to be a few points less than my previous score. But, what the heck, the screen in front of me proclaimed that I had got a 700 and that was what mattered the most. My AWA scores later came in at 5.

I certainly could have done better if I'd put in enough time. But, if you look at it the other way around, I had done really well for a guy who was working close to 60 hours a week. The very fact that I could get the discipline I needed was the turning point. Thanks to Kalyan and Rashmi, I'd managed to get a 700 under very trying conditions. I am very sure that I wouldn't have managed to get even close to this score with my own preparation. Kudos to Kalyan and let me wish him all the best with the institute.

I have met many admission consultants and Kalyan stood apart. He looks at a profile from a very objective sense as to how an adcom would look.

Thanks to Kalyan, by the end of the course, RC became my strength and I could answer SC questions with greater accuracy. Following Kalyan's advice, I only focused on OG 11 and OG10.