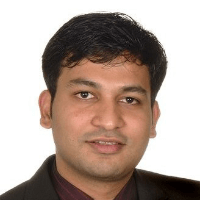 "No one can make a GMAT aspirant as confident as ScoreLeap (NO ONE)."
GMAT – 720
MBA
ESADE School Of Business

Thanks to the All Mighty and Thanks to my ScoreLeap.

It was a pretty long journey for a dumb guy like me (should it be "such as me"? :)). My first GMAT attempt was on 13th October 2007 in Chicago. In my first attempt I scored 570 (Q37 V31). My 2nd attempt was in Bangalore on 13th Dec 2007. In my 2nd attempt I scored 650 (Q44 V35). Nevertheless, I applied for admission to four renowned colleges on this score and got rejections from everywhere. This is when I did some research and found out about Scoreleap and decided to join. And now today, after all the slogging and practicing, I finally scored 720 (Q48 V41).

As you can see, Math was never my strong point. Though I did well in Verbal and pulled off a 720.

2 Months back, My dad became very critical and I had to proceed on a one month leave (during which I never studied anything).When I came back, I almost forgot everything that I had studied during the coaching yet I knew I wanted to score big (because of the immense stress) and thus prepared on the strategies taught. I was initially planning to take GMAT in August only, but because of my Dad's health, I had to postpone it to September. During this one month I meticulously followed each and every concept that was taught and practiced them in and out. By this time I was in a position to understand how GMAT questions are framed and what are the likely tricks and traps that we may encounter during the exam.

Nevertheless, all is well that ends well.

Thank you for all the knowledge that you imparted to me. And most of all, thank you for the confidence that you instill in all your students. No one can make a GMAT aspirant as confident as ScoreLeap (NO ONE).

I don't know whether you remember or not, but once you declared a prize of 30 K (the fee you charge for the course) for anyone who scores 45+ in Verbal. I really wanted to score 45+ in verbal and claim that prize. Alas! I missed it :)

Thank you again for all your help and support. It was good studying under your guidance. 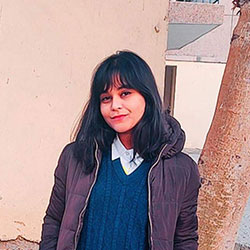 It has been an amazing experience for me, I highly recommend ScoreLeap for all those who want to get admission to their dream university. 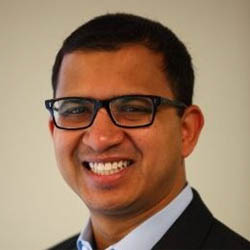 Kalyan understands the human element of giving any competitive test and his keen sense combined with his skills and expertise in teaching GMAT makes him a great teacher.