Welcome back! ScoreLeaper,
Register if you haven't joined the ScoreLeap Community yet! 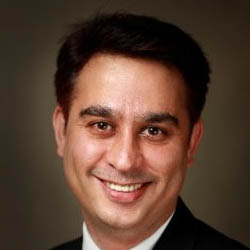 "I practiced the same content again. Not much difference in preparations as such except for the motivation from my trainer. I took my exam on 2nd Sep. This time got a score of 710."
GMAT – 710
MBA
University Of Oxford

Sometime in October last year, I decided to do an MBA and started preparing for GMAT. Without revising a single math or English concept, I gave my first diagnostic test and got a 550. It had been a long gap since I studied last so I was hopeful of improving the score much better. I was as confused with Verbal as others are. I went through Princeton and OG 11 and lots of questions available on net but it was all direction less. Finally I gave my GMAT in December and got a score of 650, an improvement of 100 from the first diagnostic but still below my expectations.

I decided to give it one more shot and this time with some guidance. I searched online and came to know of Kalyan through one of the forums. Luckily I did not go anywhere else and went to meet Kalyan fist. I was impressed after talking to him and decided to get coaching from him. I did not check any other institute. It was 3 months of hard work and expert guidance from Kalyan before I took my exam the second time in July end. I did a lot of practice and was getting good scores in GMAT prep software as well as a very good accuracy in OG questions. I was full of confidence before the exam. Anyways, I went for the exam and fared badly in it. I got a 650 again. My Verbal score was less than the first time score. I was extremely disappointed. I could see 2 mistakes in my approach at that time.

I was overcautious while attempting all the questions. I was not too keen on skipping the questions at that time.

I did not follow some simple strategies which could have saved time. I will discuss those strategies later.

So I was left with very less time for about last 10-12 questions which messed up my score.

Like any normal human being, I was very unsure about taking the test again or just forget about it. Getting the same score twice and after so much practice, getting a lower score in Verbal was shattering. After talking to Kalyan after the exam, I gained my confidence back. He had full faith in me and wanted me to go for it again. So I decided to go for it again. I took the first available date after a month of my first exam date. I practiced the same content again. Not much difference in preparations as such except for the motivation from my trainer. I took my exam on 2nd Sep. This time got a score of 710 [M - 49, V - 38].

I applied in the 4th round of admissions where chances of getting in, in any university is bleak . But even at the last hour he advised me at every step of the application process and made it hassle-free 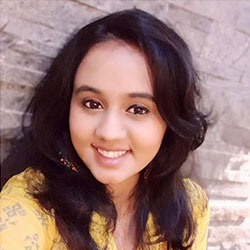 It is the Right place to start off with your Gre preparation. Helpful techniques and strategies are taught in a very structured manner. My verbal score tremendously improved due to Kalyan sir’s unique methods.